skip to main | skip to sidebar

If you're a loyal fan, you probably know the name Casey Abrams. Casey was a Season 10 American Idol contestant and won the hearts of many across the country with his smooth jazz vocals and skills on the bass. During the summer 2011 American Idol Tour, Casey began investing in a cause that is close to his heart: a new awareness campaign and contest called IBD Icons for inflammatory bowel disease (IBD), which includes Crohn’s disease and ulcerative colitis (UC).

Despite his own diagnosis and struggle with UC, Casey finished in sixth place on season 10 of American Idol to earn a coveted spot on the 2011 summer tour. 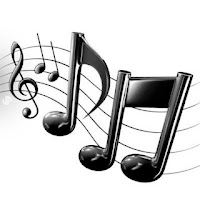 Casey has teamed up with the Crohn’s and Colitis Foundation of America (CCFA) for IBD Icons to inspire people living with IBD to pursue their dreams. Through the campaign, IBD patient have had an opportunity to share their success stories for a chance to win the title of IBD Icon and a trip to see Casey perform at the Zappos.com Rock ‘n’ Roll Las Vegas Marathon & ½ Marathon to benefit the CCFA.
The top nine finalists have been chosen, and the public can now vote for the candidate they find most inspiring. Two winners - one with UC and one with Crohn's - will be voted the 2011 IBD Icons. For every vote cast, Janssen Biotech, Inc. will donate $1 to the CCFA for IBD research and education. I was lucky enough to interview one of these incredible finalists, and today you'll see her inspiring answers!

Katie Jeter-Boldt, a finalist from Kansas City, Missouri, shared her personal story of life with IBD. Her story began on a sunny August day nearly 13 years ago, when her father died from complications related to Crohn’s disease. Four years later she was diagnosed with Crohn’s disease, a diagnosis later changed to ulcerative colitis, another form of IBD.

When Katie received her diagnosis, she thought her life would be cut short. She attended college on a Navy ROTC scholarship and was not sure what affect her diagnosis would have on her plans to serve as an officer in the Navy.  At the time, she even told her fiancé (now her husband) that he could break off the engagement, as she did not want him to experience the pain this disease inflicts upon family members.  He refused to do so, and stuck by her as they weathered her illness, her medical disqualification from military service, a sea of medical bills, and countless insurance claims. Inevitably, they established news goals and a direction for their life together as husband and wife.

Katie found new hope and inspiration from her experience and decided to apply her skills and abilities in order to help others. She has since become an attorney.

Katie misses her Dad every day. His absence is a continual reminder that she needs to do what she can, when she can. She says, “UC may be a part of who I am, but it does not completely define me…Live for now. Find joy in the beauty of everyday life.  Enjoy the good times when they come in order to get through the bad times.”

Katie signed up on the IBD Icons website to share her story of life with an IBD, and hopes that people vote for her to win and find inspiration from her story. And now, please enjoy this wonderful interview with Katie... 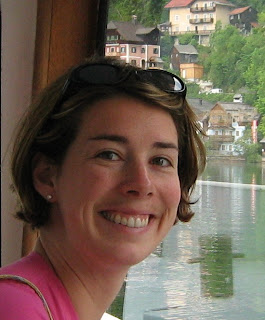 When were you first diagnosed and how old were you ?

I was first diagnosed in August 2002, just two weeks before my 22nd birthday.  As fate would have it, this was my very first day of my senior year of college and was only days before the anniversary of my dad's death from Crohn's complications.  I had started showing symptoms about a year and a half before my diagnosis, but kept being told that I didn't "look" sick and that I was too active and otherwise healthy to have IBD!

What would you tell someone who has been newly diagnosed with your condition and/or a chronic illness in general?

One of the biggest things is to find a doctor who will work with you with treatments and to manage symptoms.  Not everyone's illness has the same set of symptoms.  One of the hardest things for me has been to learn what my body's signals are so that I can adjust my routine to allow it to heal.  That has taken time and I'm certainly still learning, even 9 years from my diagnosis.  Having a chronic illness has changed my life and has caused me to adjust my goals somewhat, but there are still more things I can do than things I can't.  It may mean being flexible about my goals, but I can still set goals and achieve them.  Chronic illness has changed my life, but it hasn't kept me from living my life on my terms.  I run half-marathons and am hoping to run a full marathon this spring.  I also hiked my first "fourteener" this summer when my husband and I summited Quandary Peak, just outside of Breckenridge, Colorado.  I think that's what prompted me the most to submit my story for consideration as an "IBD Icon"--when I was diagnosed I felt like I'd been given a death sentence, given my dad's history.  If I had seen these stories of successful people living with these illnesses, I think it would have given me tremendous hope during a dark period of my life.  I wanted to be that hope for someone else and to raise money for research.  Treatment has advanced so much since my dad was diagnosed 25+ years ago and I am certainly reaping the benefits of those advancements.  It is exciting to think how much more treatment will advance in another 25 years with the proper funding.

Please explain a bit how your condition affects you.

One thing I have learned over time is that stress is my biggest trigger.  I'm a very competitive Type A attorney, so stress is a natural part of my life.  In order to keep my disease under control, I have to control that stress.  I discovered a few years back that I love running and that it really helps me relieve stress.  Also, I need my sleep--I really prioritize 8 hours of sleep.  Even so, sometimes the disease acts up.  My major symptom is GI bleeding, which can lead to anemia.  In the past, I've received blood transfusions because of loss of blood.  The fatigue is really hard for me to deal with because it brings me to a complete stop.  I've learned that when that happens, I just have to let go and rest so that I can fight another day.

Where do you get your strength?

My strength comes from so many sources.  My family and friends are fantastic supporters.  I'm married to a wonderful man who understands when I'm having a bad day.  When I was diagnosed, I actually told him that he didn't have to marry me and was fully prepared for him take me up on the offer--I think I was actually surprised when he refused.  Also, there are so many people I see living with chronic illness every day who get up and go about their days. They give me strength.  I've had very dear friends undergo cancer treatments and then work to share their stories to help others.  They are my heroes and I don't know that I would have shared my story without their example to follow.  Overall, though, it's the little things in life that really keep me going--leaves changing color in the fall, beautiful sunsets, flowering meadows.  The world keeps going and so can we.

What are you most proud of?

Today.  And tomorrow, when it comes.  And then the next day.  Just getting up, living life, and trying to make each day the best day possible, so that when the bad days come--because they will--there are all sorts of good memories to help with the bad days.  None of us ever know what our future holds--all we know is now.  I'm a planner by nature and I was probably the only kindergartner with five year plans.  My family laughs that I create contingencies to my contingencies.  Living with this disease has forced me to be much more flexible.  I still make plenty of plans and I doubt that will ever change--but now I realize that it is OK to change those plans from time to time.

What would winning the title of IBD Icon mean to you?

It means showing the world that living with this disease and accepting this disease does not mean being a coward; that this disease can be part of a full and wonderful life.  For a long time, I hid my disease from everyone.  If no one could tell I was sick, then I wasn't really that sick and there was no way my dad's history was going to be my destiny.  Accepting this disease--and the uncertainty that comes with it--has really caused me to try to appreciate each day and strive for what I want out of life.  I want to share that hope with others and raise some money so that we get closer to a cure so that no other families ever goes through what my family has experienced.

For further information about the IBD campaign and the 9 finalists, visit this website -- http://www.multivu.com/players/English/51547-ibd-icons/
Posted by Maya at Wednesday, October 26, 2011

I'm living in New York, studying social work, and making time to be Maya: a daughter, a sister, a fiance, a friend, a writer, an animal lover and someone coping with 2 medical conditions (Spondylitis & Fibromyalgia). Every day I'm learning to live and love not despite chronic illness, but because of it. I treasure my readers, so please comment or write to me at mklaub@gmail.com. Thanks for stopping by! 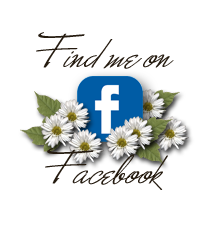